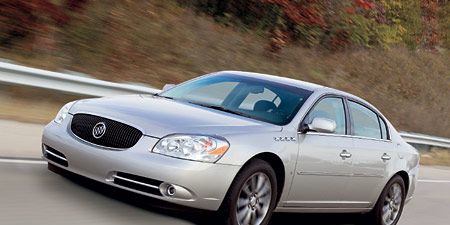 Aging Buick aficionados — are there any other kind? — will instantly decode the chrome sawtooth gewgaws on the front fenders of this new Lucerne-they’re the latest incarnation of the famous portholes, VentiPorts in original Buickese. Youthful Buick aficionados — only unconfirmed sightings have been reported — will ask, «Oh?»

That’s because they missed the glory days when Buick sales squeezed into third place nationally in 1955 and ’56, just behind Ford’s. The portholes were the punch marks in your status ticket then. Low-priced Special and Century models got three holes, the full-boat Super and Roadmaster got four. If a neighbor filled his driveway with a new four-holer, then he was the Jones everyone had to keep up with.

Given their fame, the reign of the portholes was quite short (probably shorter than this historical digression — Ed.), 1949 through 1957. Buicks for 1958 had so many other chrome furbelows that there was no room for holes. They came back as halfhearted vestiges on a few models in the ’60s and ’70s, but no one was counting by that time. Apparently, even Buick lost the formula, because when the flagship Park Avenue Ultra was launched in 2003, it was a three-holer. Some Ultra.

Arguably, this Lucerne is a real four-holer (five ‘graphs just for this?-Ed.), built on the same front-drive platform as the new Cadillac DTS in the same plant in Hamtramck, Michigan. The top-of-the-line CXS tested here even uses the same 4.6-liter Northstar V-8. This is the first V-8 Buick car in a decade, GM says.

The Lucerne is big iron by today’s standards, 6.4 inches longer than the hulking Chrysler 300, 2.5 longer than a Ford Five Hundred, but 4.4 shorter than its Cadillac DTS sibling. Apart from the reinterpreted portholes, the wedgy shape seems familiar and tired, a repeat of a ’90s Camry; only the big-eye look in front saves it from being a complete cliché. Inside is a different story, fresh and appealingly minimalist. The shapes are smooth and soft. The details are happily integrated, like a deftly done symphony. No pretentious gestures grab for your glance. The three round dials in the cluster have understated markings. Big knobs with radiused chrome edges work the stereo, HVAC, and lights. The steering-wheel controls for cruise and entertainment are unobtrusive yet, at the same time, large and exceptionally easy to use. The six-CD changer has an input jack for auxiliary devices — podcasts, anyone?

You’re surrounded by a first-rate simulation of quality materials. In fact, the Lucerne interior is a panorama of plastic under soft-touch paints, trimmed in obviously fake wood, but someone worked hard on the details. The shines and sheens look classy, and the stitched seams across the doors, seats, and console are convincingly craftsmanlike. The windshield pillars are smoothly covered in headliner material, eliminating molding lines and distracting glare. The large sun visors slide on their arms, allowing exceptionally good coverage to the sides. If you don’t look too critically at the details of console bins and hatches, the appointments live up to four-holer expectations.

You’ll have to live with GM’s ancient tilt column that gives only five positions over a wide angle range; choose between not quite right or hopeless. The heated and cooled front buckets that are standard in the CXS model are supportive yet unconfining, appropriate to a loose-fitting sedan. The leather facings are perforated to pass cooled air in summer, and the system responds promptly to the switch.

The rear bench is shaped for unexpectedly good thigh support, considering the shortness of the cushion, but the passenger space back there can’t compete with that of other full-sizers. Sasquatch will approve of the Buick’s wide-opening rear doors, but the carpeted walls under the front buckets will block his toes. The Chrysler 300 and the Ford Five Hundred do a better job for big-footed passengers. The fold-down center armrest has the obligatory cup-holder insert, a one-piece plastic molding created by a moonlighting Rubbermaid designer. The console between the front seats has a pair of adjustable-angle HVAC vents but no fan-speed controls.

The Lucerne’s 17-cubic-foot trunk outscores the Chrysler’s 16 but falls far behind the Ford’s 21. The rear seat is fixed in place, with only a ski-size passage through the armrest space available for extending long objects into the passenger compartment.

Although a V-8 driving the front wheels is out of step with today’s trend back to rear drive, the Lucerne makes it seem as right and righteous as God’s plan. What torque steer? More to the point, what torque? For the record, the 4.6-liter Northstar is a twister, not a torquer, delivering 275 horsepower at 5600 rpm, with another 1000 rpm available before the redline, but a torque output of only 290 pound-feet at 4400 rpm. Compared with, say, the 390 pound-feet at 4000 rpm of Chrysler’s Hemi, the Lucerne’s V-8 is only mildly energetic.

We’d call the Lucerne agile but hardly athletic, possessing neither the muscular stride of the Hemi nor the flaccid indifference to motion of the Ford Five Hundred. The emphasis here is smooth quietude—quiet smoothitude?—with only a smooth-jazz moan from the Northstar at full stomp.

From a standing start, you get an initial jump off the torque converter up to 7 or so mph, followed by a sag as you wait for the twister V-8 to take over, which it does at about 28 mph; 60 mph comes up at just a tick under seven seconds (6.9), followed by the quarter-mile mark in 15.3 at 94 mph.

The four-speed automatic, more of GM’s heritage equipment, promptly digs down a gear when you need a burst of passing speed. To shift manually you have to pull the lever through what feels like a box of rocks. There’s no manumatic one-gear-at-a-time feature. So choose D and leave it there, in the four-holer mode.

The CXS comes standard with GM’s Magnetic Ride Control adaptive shock absorbers and StabiliTrak stability system. This is a quiet car but not a marshmallow over the bumps, and there’s just enough shake in the steering column and seat to remind that roads are rarely smooth. The system does a good job of limiting large up-and-down suspension motions without emphasizing the small stuff.

When you hustle, you’ll notice the steeply angled windshield pillar leans back close to your eyes to block the view into left turns. Down below, the shocks clench up noticeably, passing up to you the reassuring feel of the tires biting the pavement. The steering has plenty of self-centering at traffic speeds, just about right, we think, but it gets fuzzy as the speedo rises. For example, entering low-g sweepers at something above polite freeway speeds, you find yourself doing a turn-unturn motion on the wheel as you feel for the right arc.

Braking from 70 mph required 177 feet, within the expected range for a sedan of this intent. Braking feel is less satisfying. The pedal is downright squishy as you wait, motionless, for the light to change. And each stop requires a push through an initial slack zone before braking gets serious.

GM has apparently done a good job of bugling the Lucerne onto the public stage; we encountered an unexpectedly large interest in the test car, all of it admittedly from buyers beyond the fashionable target-market age groups. Hey, they buy cars, too, and they’re less likely to be buried in boom-market house payments. A four-holer Buick, finally, is within their reach.

Here’s a competent vehicle that simply doesn’t register on the younger generation’s mental Rolodex for cars. The fact that a V-8 Lucerne is 26 percent cheaper than a Cadillac DTS abolishes any compelling reason — save image — to buy that strange-looking half-old/half-new, identically powered and similarly sized cousin. The Lucerne rides well, is comfortable, and has plenty of space and a dignified exhaust note. It’s perfectly acceptable as long as the commute doesn’t include attempts at re-creating Gran Turismo antics. Plus, there are useful GM-exclusive options, such as a remote starter and heated washer fluid. Now about that image.

Buick’s Lucerne is a relaxing luxury sedan that coddles occupants and driver alike, but it’s not the breakout hit Buick needs to find new customers. GM is the only automaker that continues to build front-drive V-8 luxury sedans. Challenge the Lucerne dynamically, and the wheelspin, torque steer, and indolent handling remind us why no one builds cars like these anymore. What’s amusing in sedans costing less than 30K is almost sad at nearly 40K. GM loyalists will argue that there are many people who will prefer the front-wheel drive and styling of the Lucerne to the comparatively showy Chrysler 300C — loyalists, yes, but not new customers.

GM has built a better Buick. It’s the first V-8-powered flagship since the behemoth Roadmaster of the past century. The Lucerne’s more powerful engine and sleek contemporary design are welcome signs of life from the maturing brand. In the country-club parking lot, it looks right at home with BMWs and Lexuses. But is a better Buick good enough to compete in the near-luxury market? The bar is set a little higher when you approach $40,000, and to be competitive, you have to be more than average. Adding some plumbing under the hood and a Grand National badge on the bumper could take the Lucerne from «so-so» to «So that’s a Buick?»

Some ratings use a scale of Poor to Good. Others range from Basic to Superior.

Two moderate overlap frontal tests of the Lucerne were conducted, one by the Institute and the other by General Motors as part of frontal crash test verification. Ratings are based on both tests. 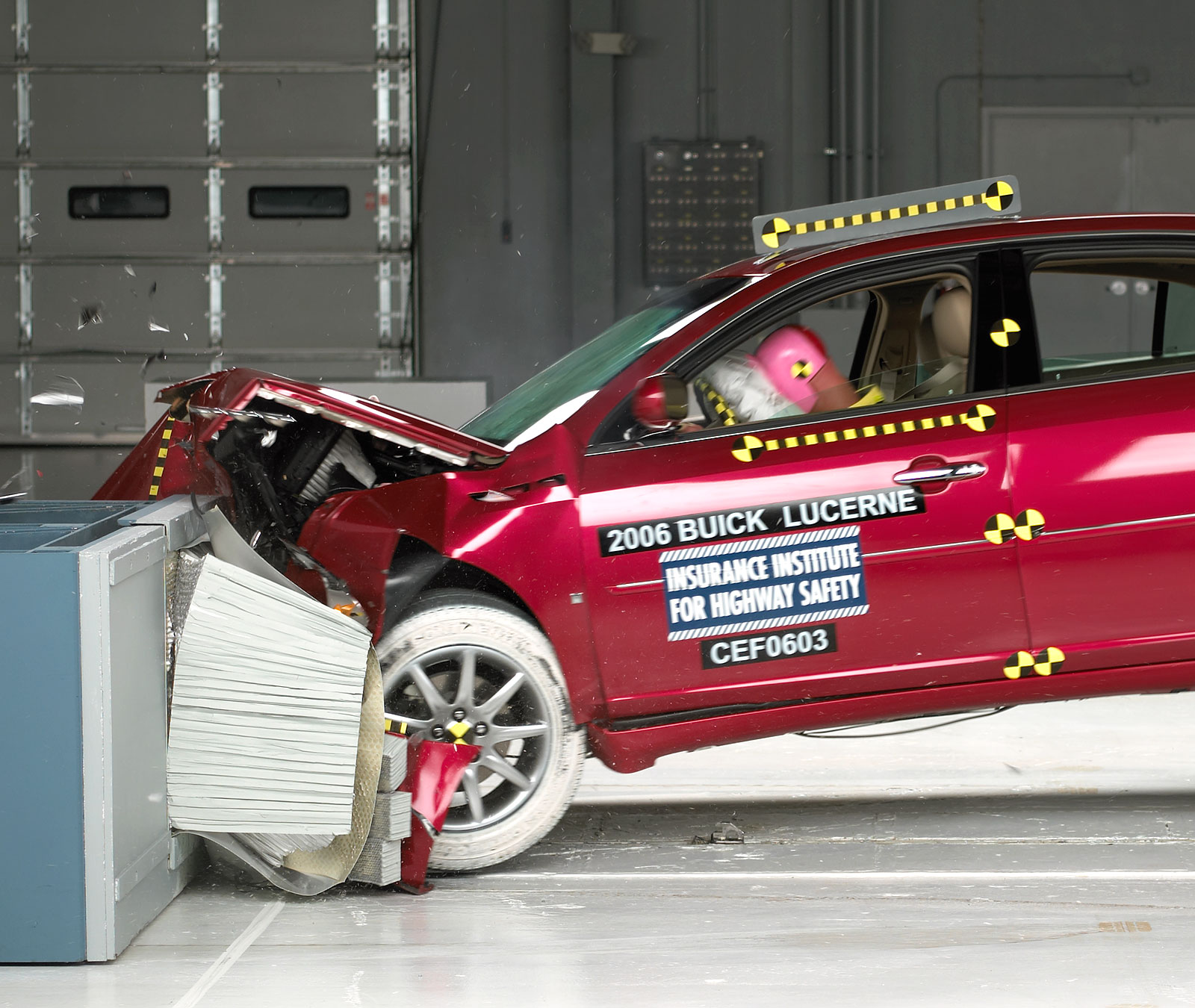 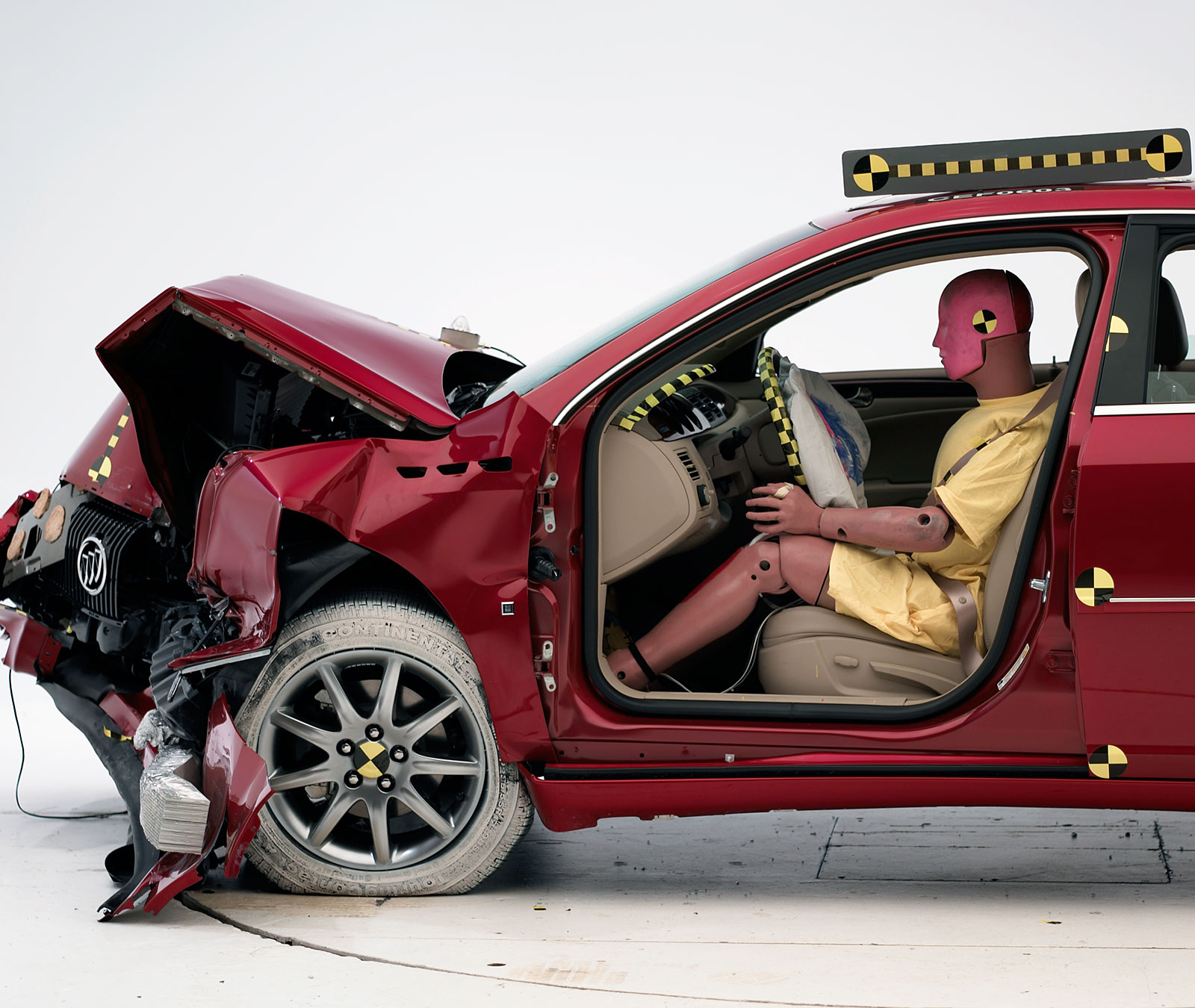 The dummy’s position in relation to the steering wheel and instrument panel after the crash test indicates that the driver’s survival space was maintained well (Institute test car shown). 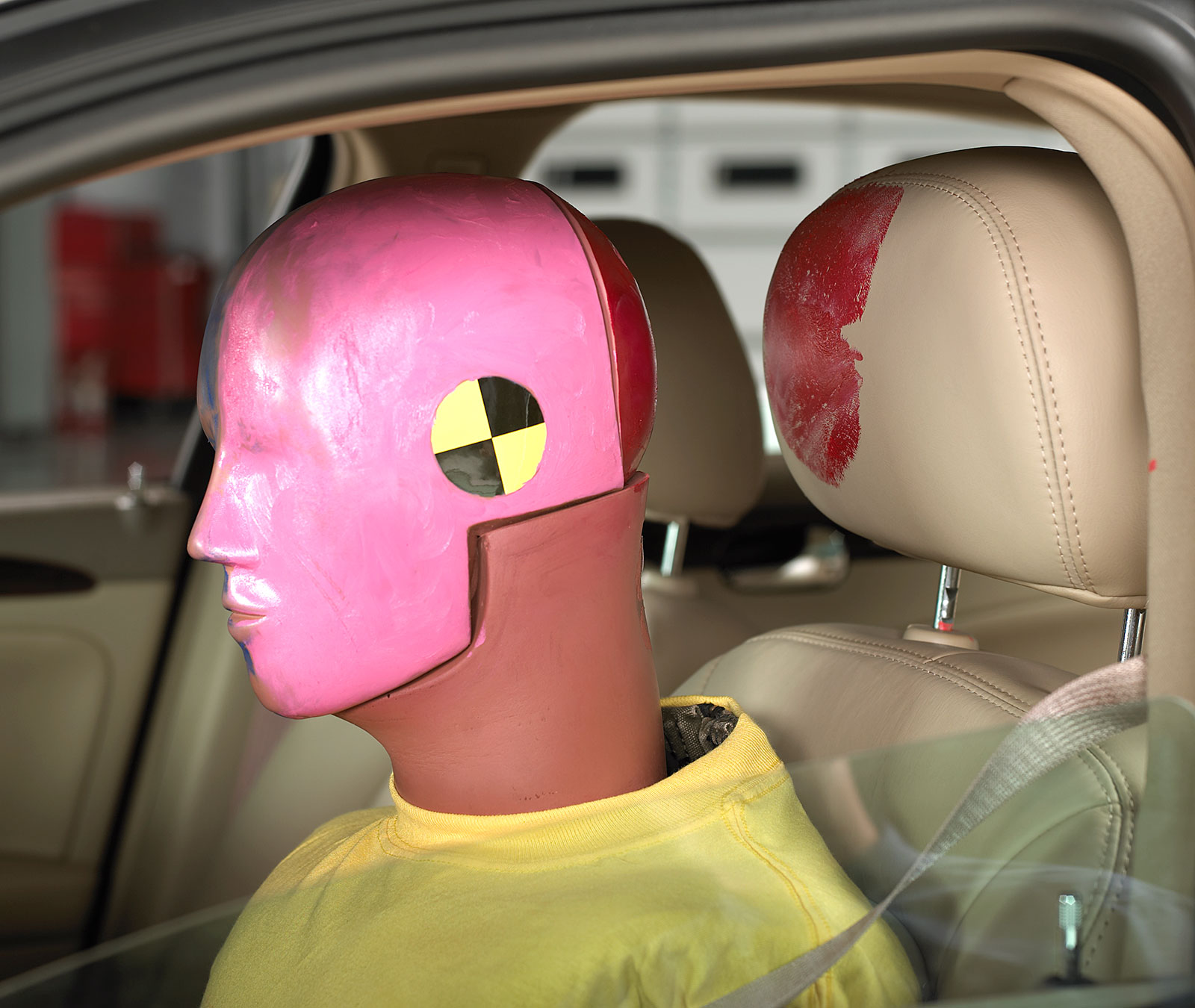 Dummy movement was well controlled in both tests. During rebound, the dummy’s head hit only the head restraint, as indicated by smeared greasepaint. 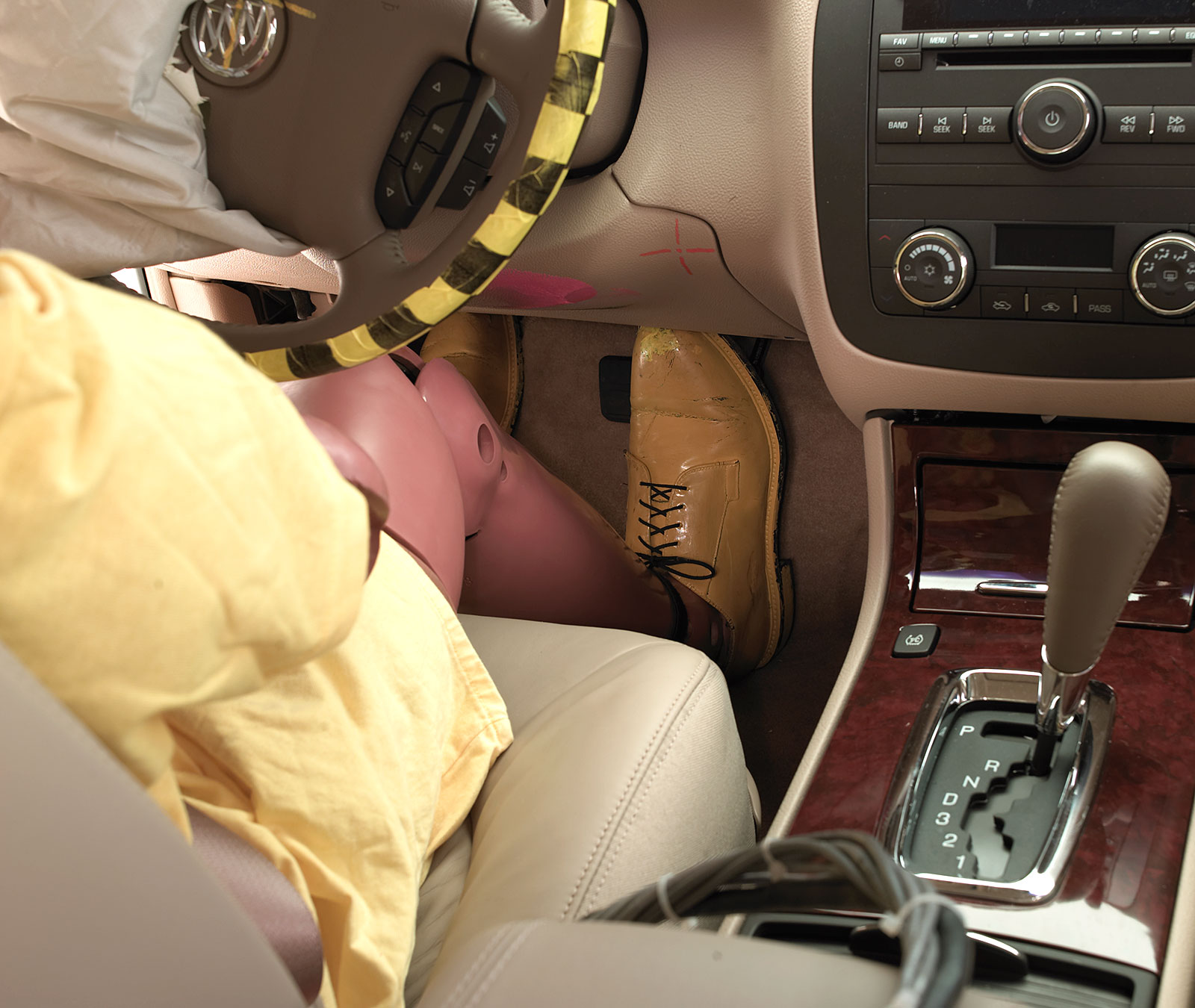 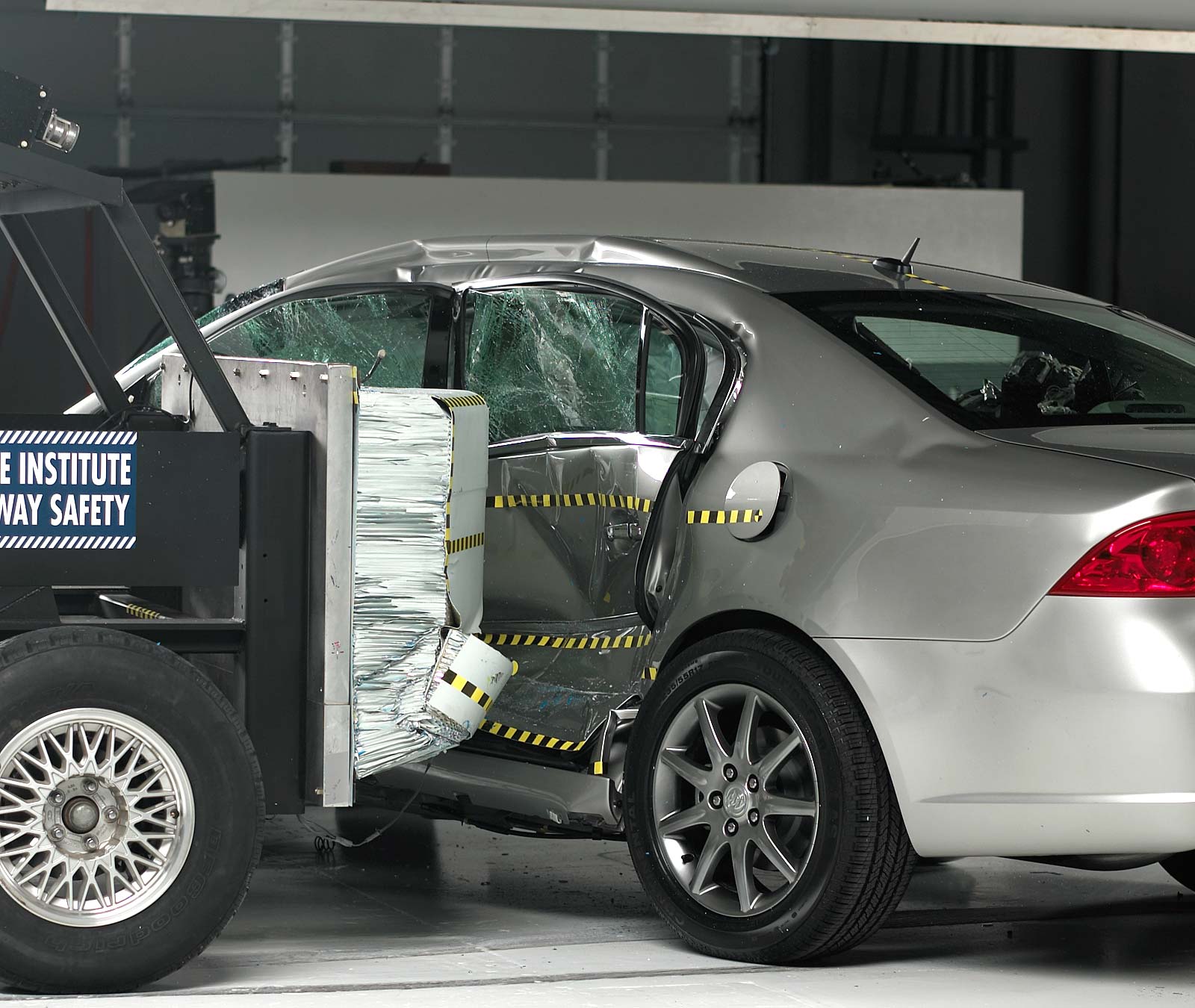 View of the vehicle and barrier just after the crash test. 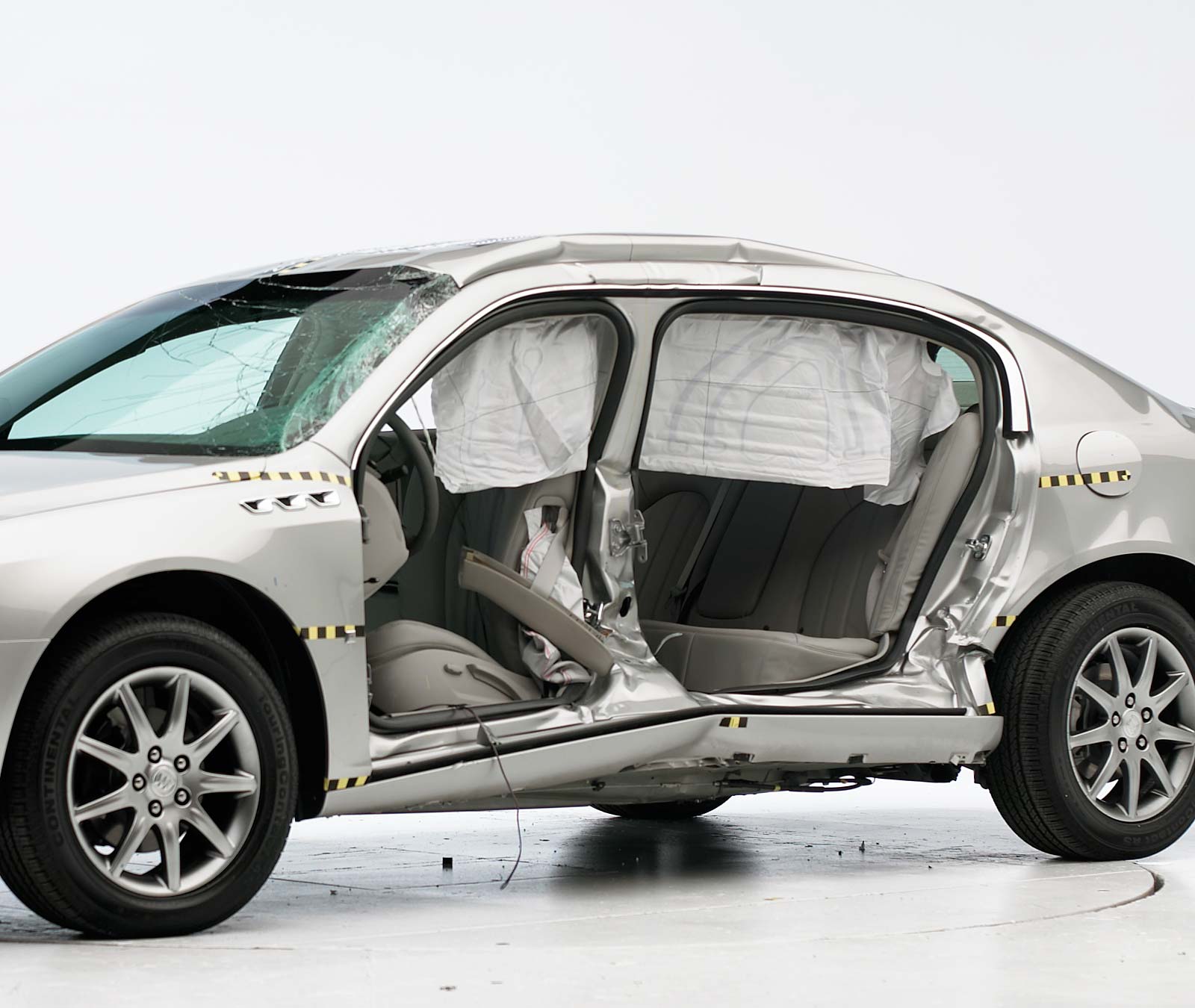 View of the vehicle after the crash with doors removed, showing the side airbags and damage to the occupant compartment. 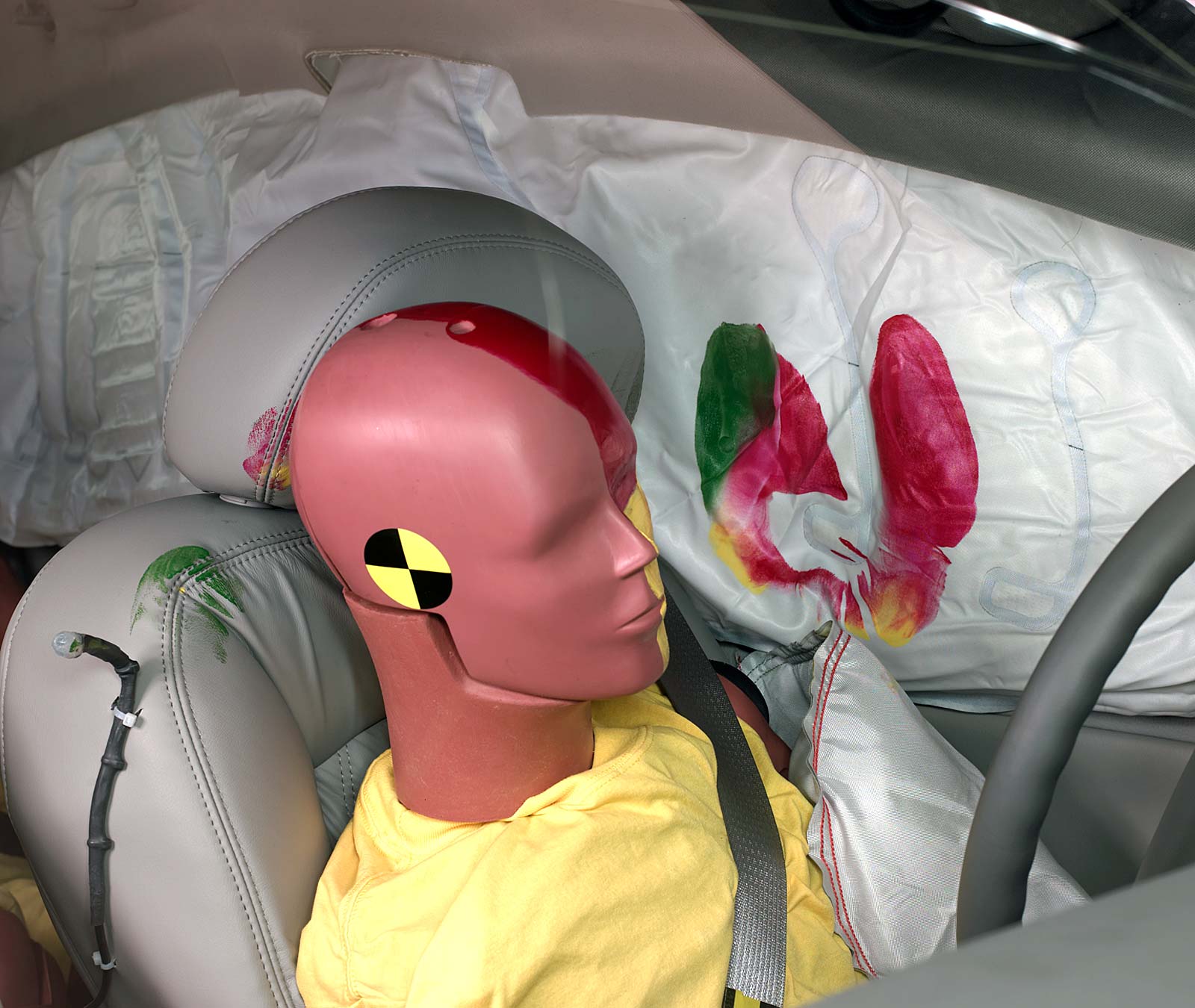 Smeared greasepaint shows where the driver dummy’s head was protected from being hit by hard structures by the side curtain airbag. 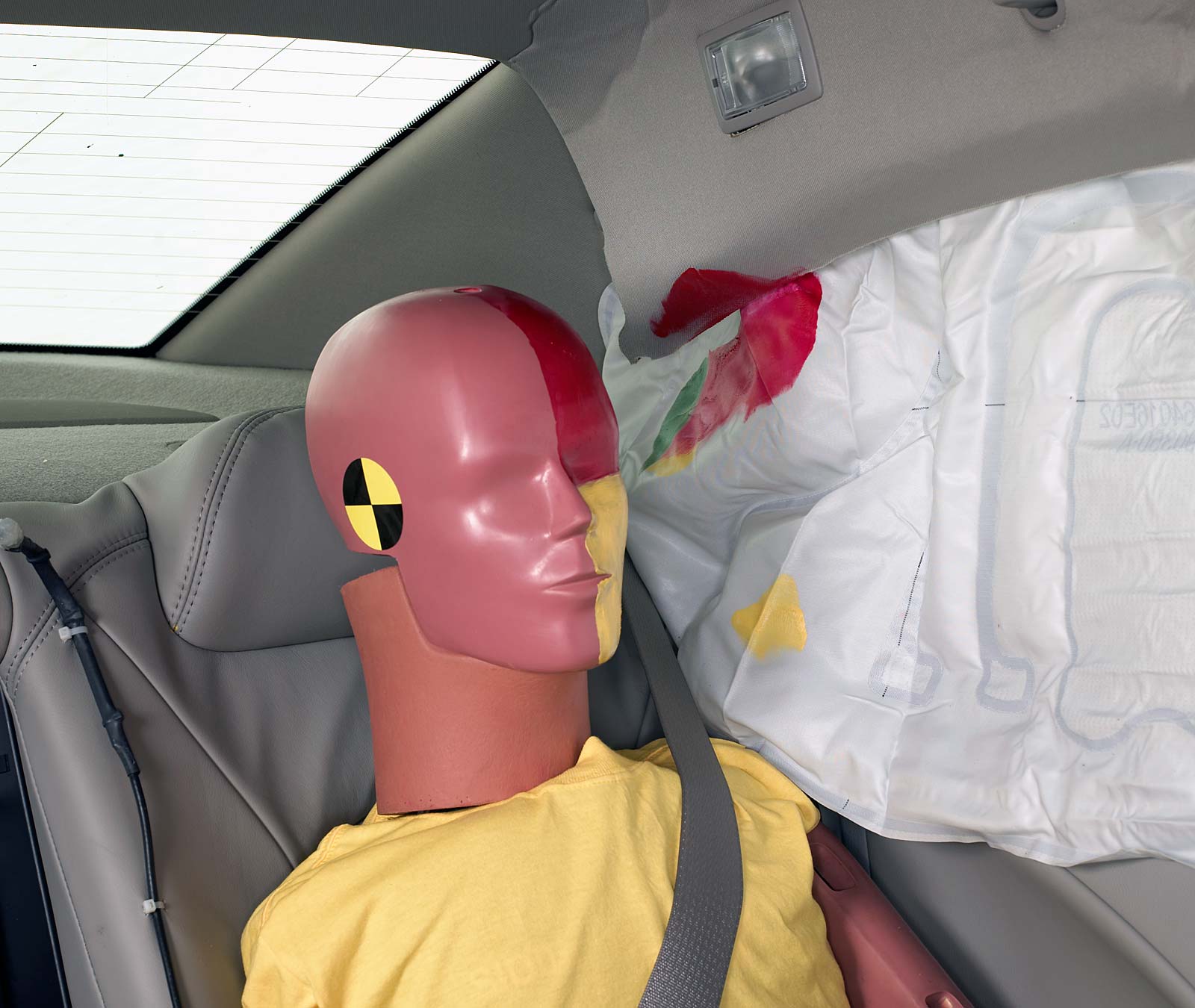 Smeared greasepaint shows where the rear passenger dummy’s head was protected by the side airbag.

An educational resource for students and teachers 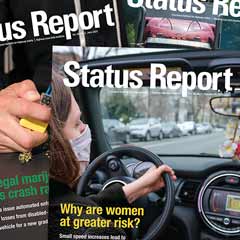 Current and past issues of our newsletter

The Insurance Institute for Highway Safety (IIHS) is an independent, nonprofit scientific and educational organization dedicated to reducing deaths, injuries and property damage from motor vehicle crashes through research and evaluation and through education of consumers, policymakers and safety professionals.

The Highway Loss Data Institute (HLDI) shares and supports this mission through scientific studies of insurance data representing the human and economic losses resulting from the ownership and operation of different types of vehicles and by publishing insurance loss results by vehicle make and model. 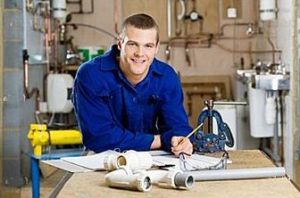